It all got started in 2018, when Kelley McReynolds- then the location manager of Mid America Recycling’s Lincoln location- and his wife purchased his employer’s facility outright, creating Green Quest Recycling.  With a career of recycling management under his belt, Kelley saw an opportunity to expand the facility into what it is today.

Get to Know Us

As a team, we use our combined decades of experience in sanitation and recycling management to provide our community with an experienced materials recovery facility. But we’re not just Lincoln’s recycling experts. We’re parents and grandparents, dog lovers, and your neighbors down the street. We’re proud to have former U.S. service members on our team. We love the city of Lincoln, and it’s our pleasure to help keep it a greener place to live. 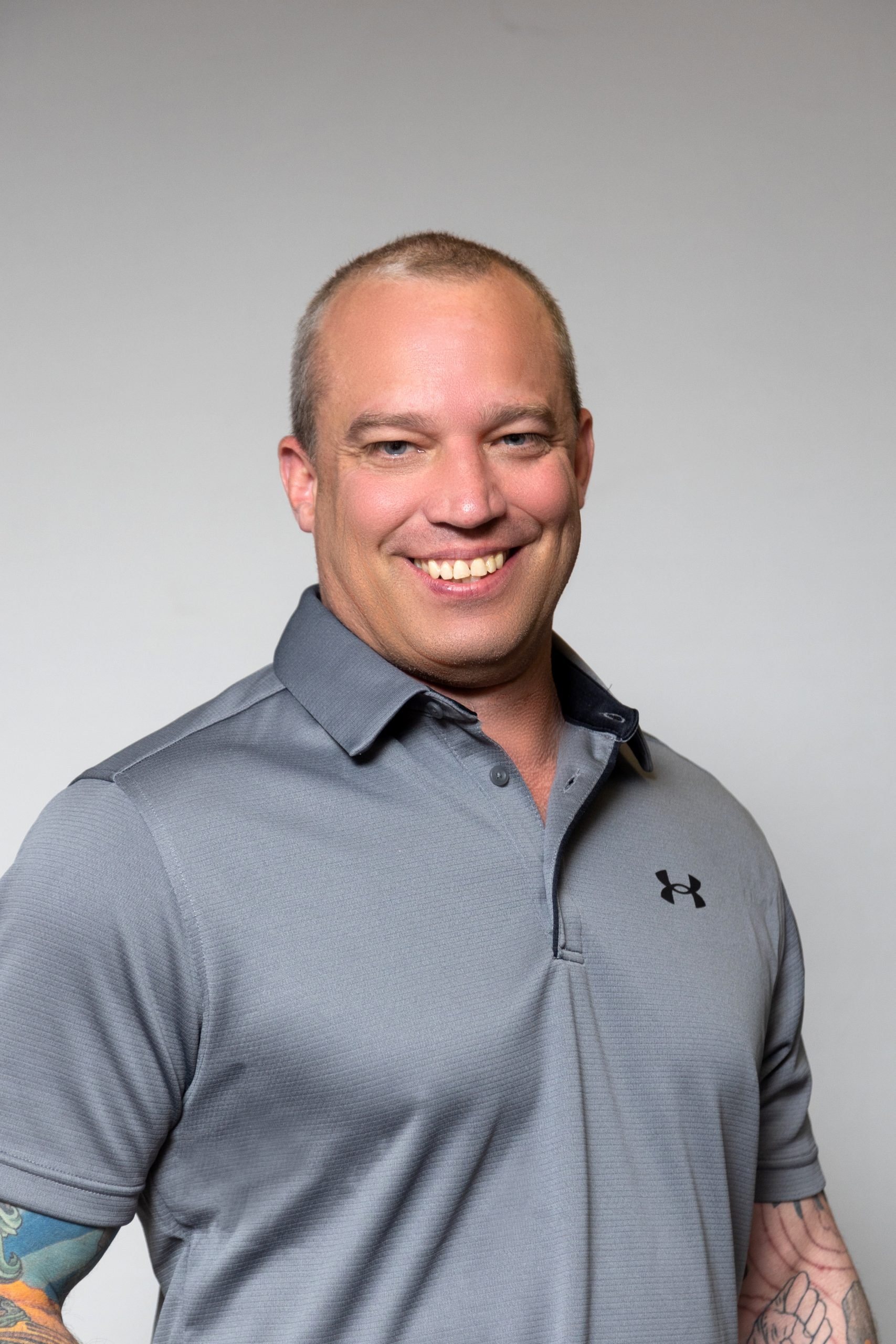 Originally a Des Moines boy, Kelley has spent his entire career in the world of recycling, starting in 1995. He’s headed up plants around the country, including Des Moines, New Orleans, and Houston. In 2014, he joined the Mid America Recycling team and became the general manager and a managing partner of its Lincoln facility. Four years later, he and his wife, Jeanie, purchased that facility and redubbed it Green Quest Recycling. The family business keeps him busy, but he still somehow finds time to practice martial arts, play with the family pups (Jango and Gaia), spend time with his son, Patrick, and head to Florida every year with the family.

Jeanie is the proud co-owner of Green Quest, and she keeps the place running like a well-oiled machine as its office manager. The ultimate multi-tasker, Jeanie is also living out her dream job of raising and breeding German Shepherds at the family home in Firth, Nebraska. It’s also the home of her beloved garden, from which she loves sharing the bounty with friends and family. That is, when she’s not working on her latest home renovation project! Life can be a little crazy, but that’s just how she likes it. 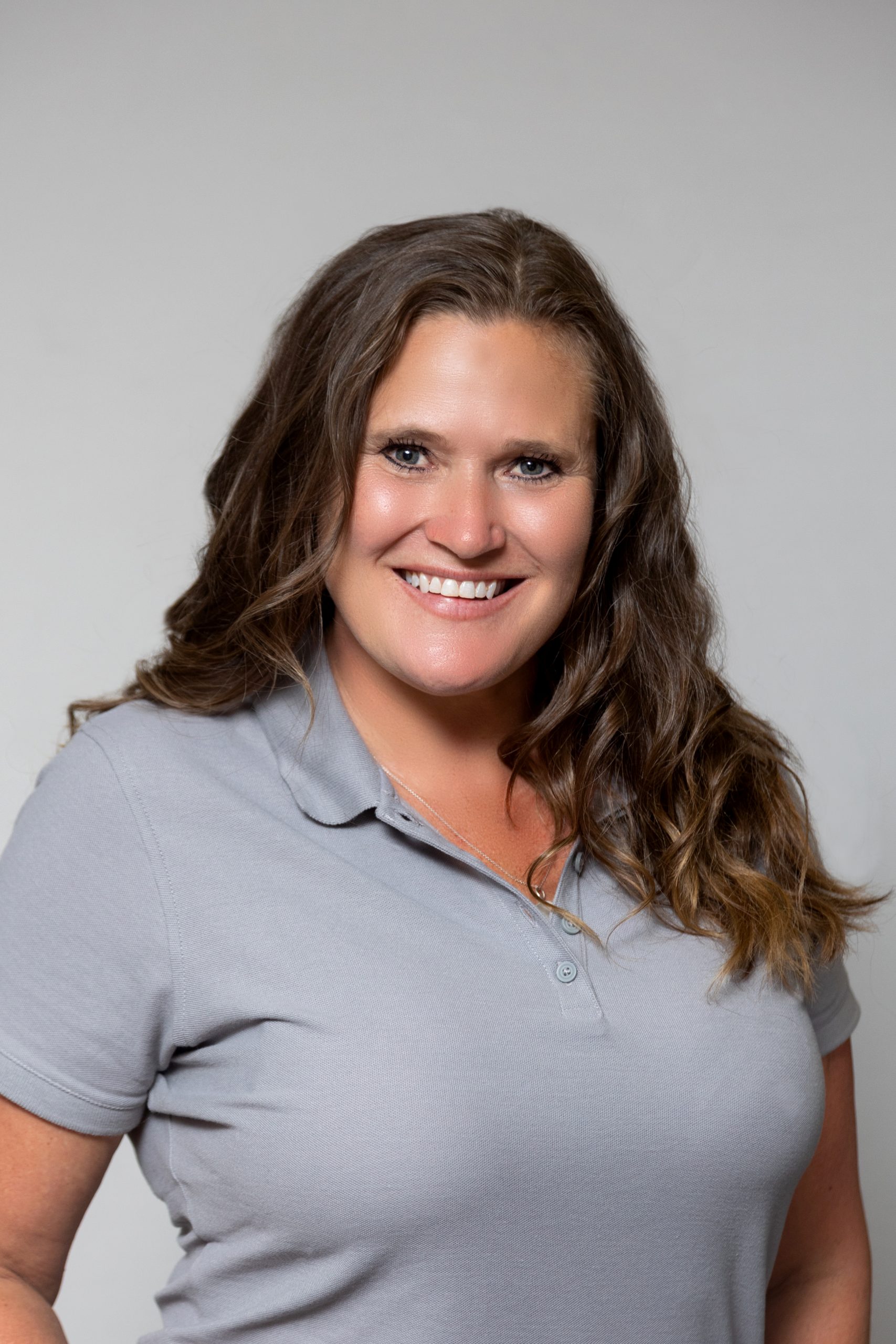 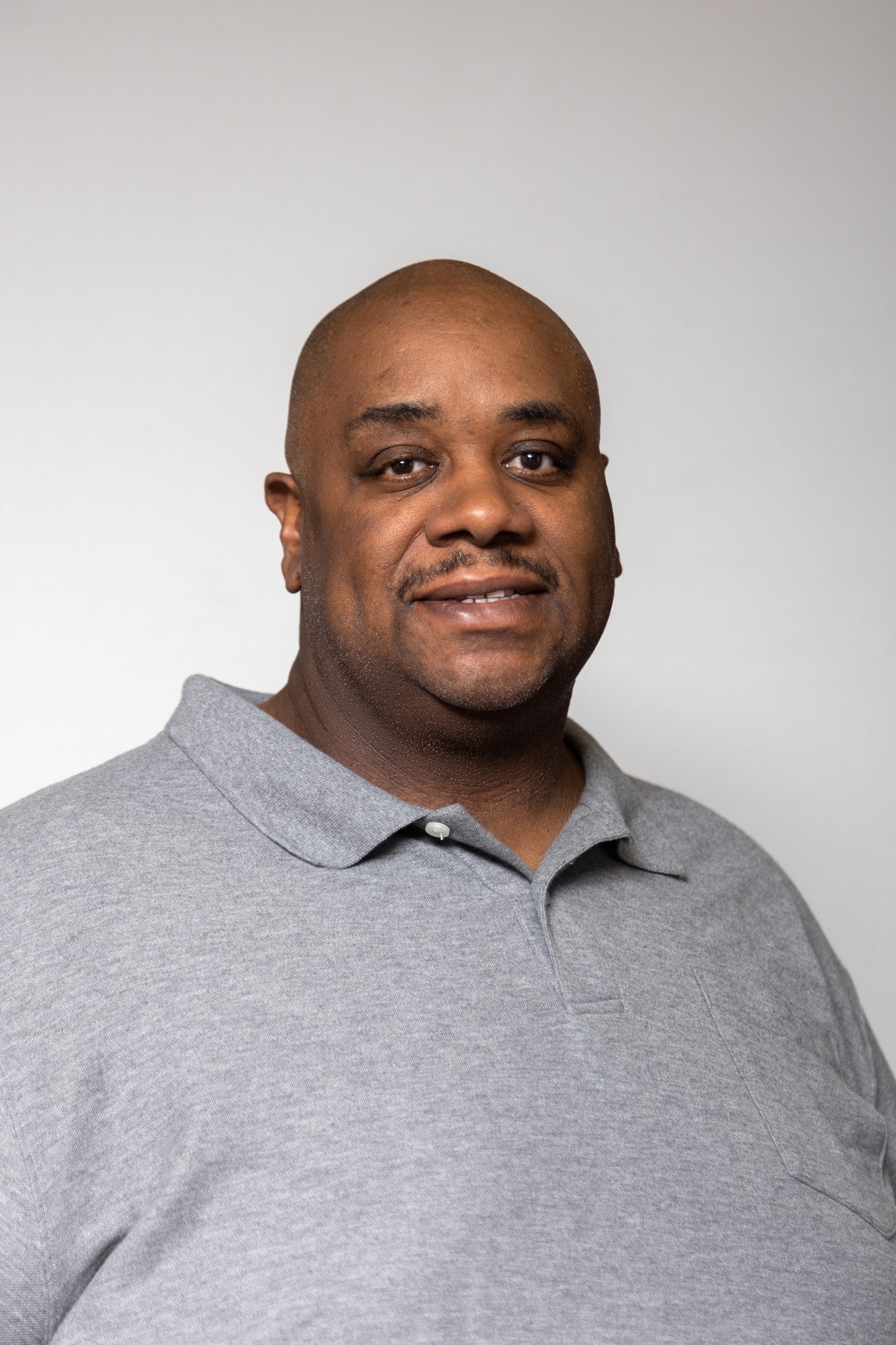 Ray has been with this facility for so long, he’s seen it have four different names. He knows all the ins-and-outs of our operation, probably because he’s done it all — starting as a forklift operator in 1998, and even acting as a one-man sorter for a short time before being promoted to plant supervisor. Ray grew up in Clarksdale, Mississippi, and is all about family and enjoying life. He has three children and four grandchildren, and he loves fishing and grilling.

Brooklynne has her Associates Degree from SCC, and Bachlor’s degree from UNK. She’s been with Greenquest for one year.

Brooklynne is getting married in the spring and enjoys concerts, playing volleyball, and is a dog mom to Loki, her sweet pomeranian puppy. 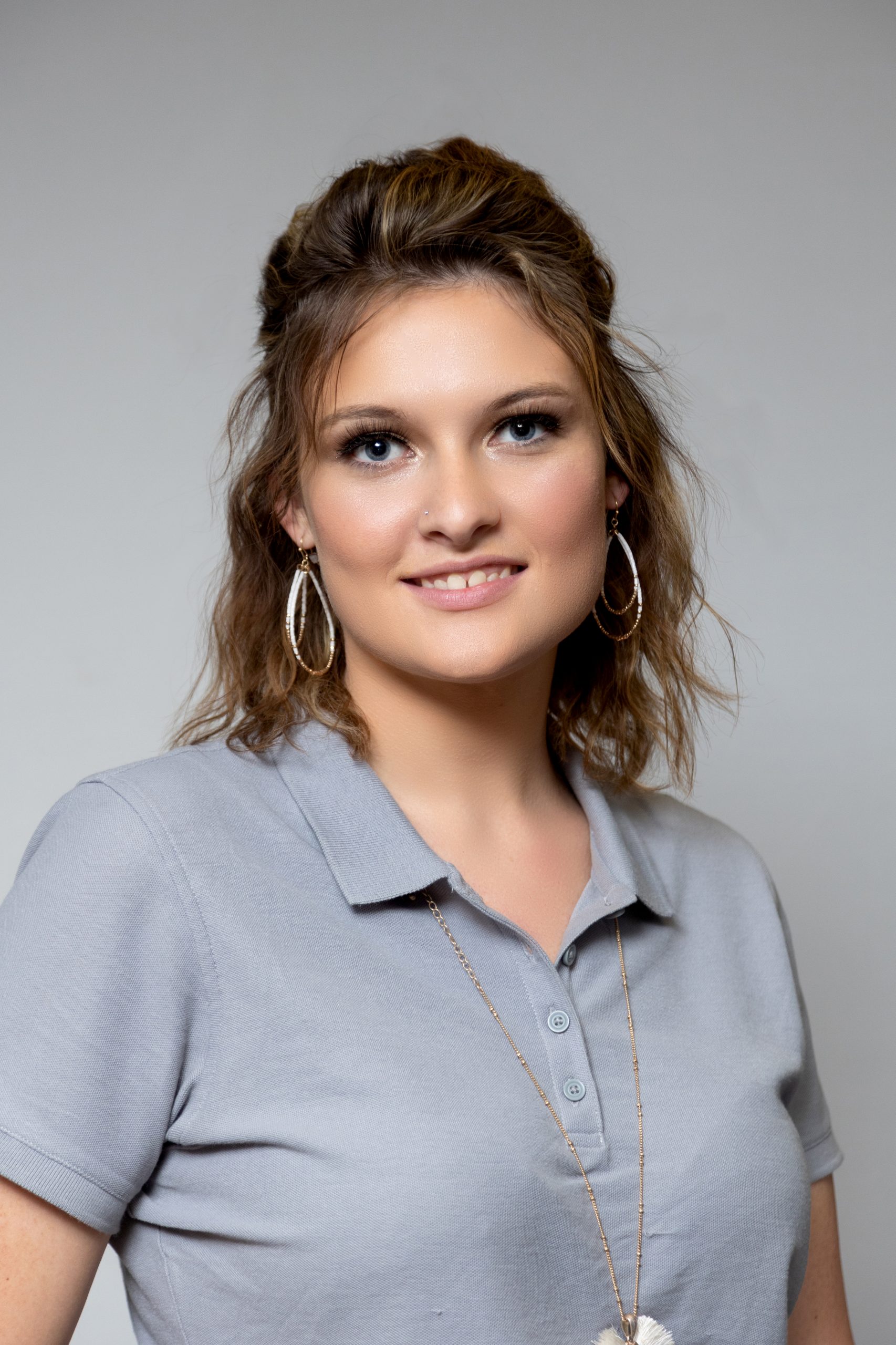 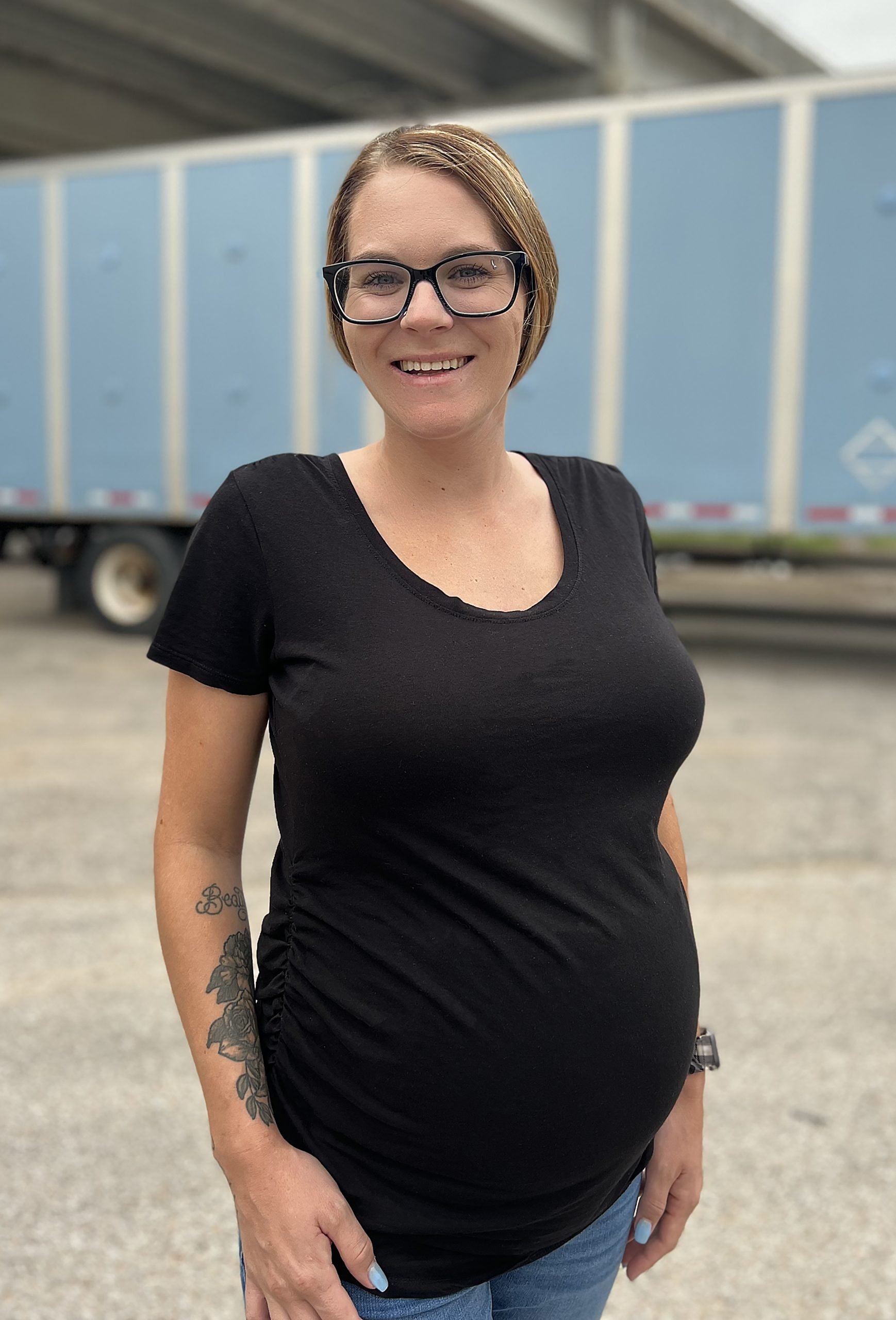 Michaela recently had a baby boy. She and her husband are enjoying him along with their two other children. She has been with Green Quest just short of one year, and is enjoying her first time role as Safety Director.

Nick graduated from Norfolk High in 2017. He went on to college and graduated from Northeast Community College in Norfolk in 2018 with a welding degree. Shortly after graduating he moved to Lincoln. Nick enjoys working with diesel equipment and spending time with friends. 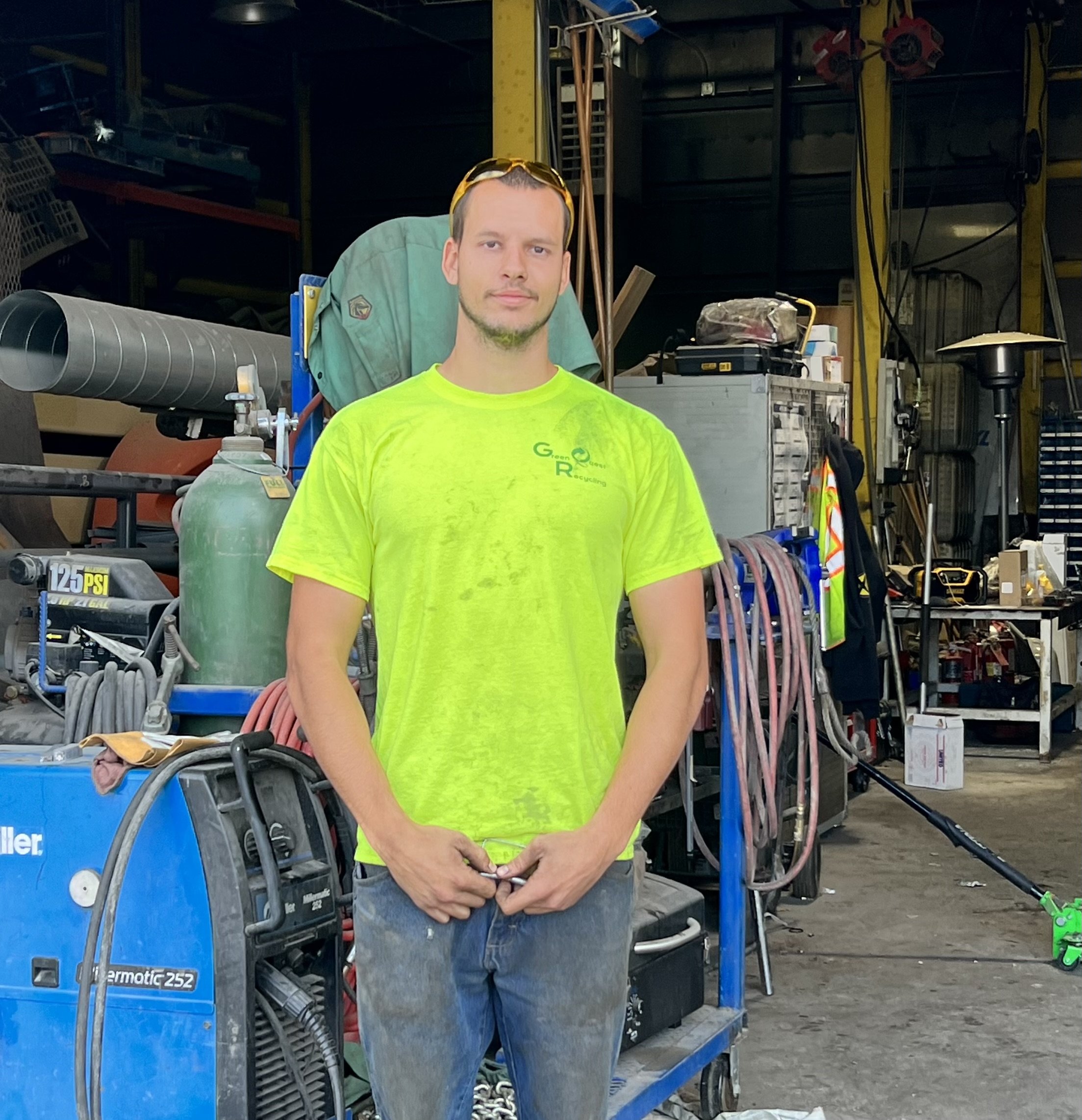 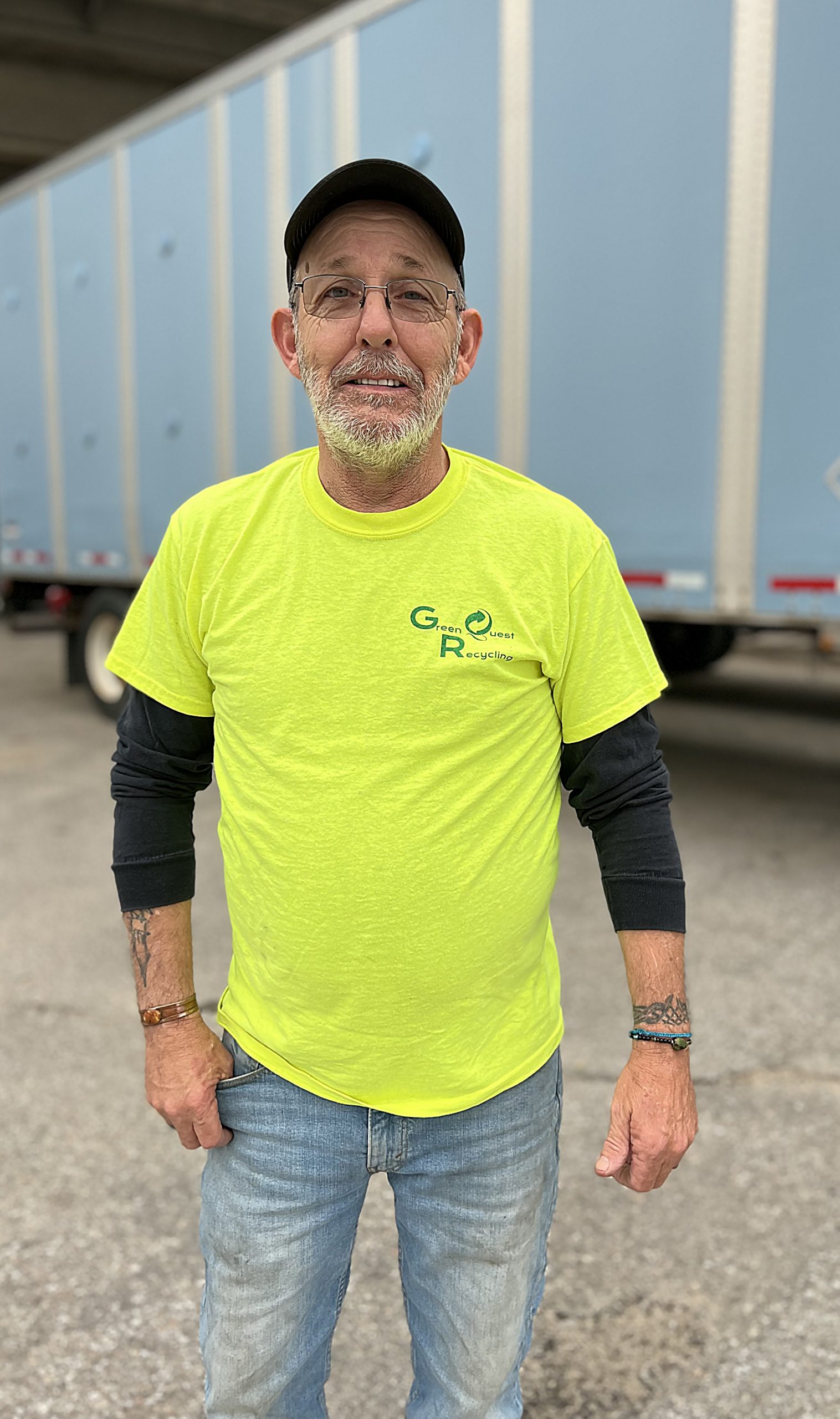 Mike is originally from Lincoln and has 25 years of Recycling experience.

Mike has also served in the Air Force as an aircraft mechanic. In his free time he enjoys fishing, traveling, and enjoying his four children and eight grandchildren. Mike and his wife have rescued several dogs, and currently have one dog named Bandit. Life is good.

He works at the plant and the McReynolds farm. Welding, dirt biking and fishing are his favorite things to do. 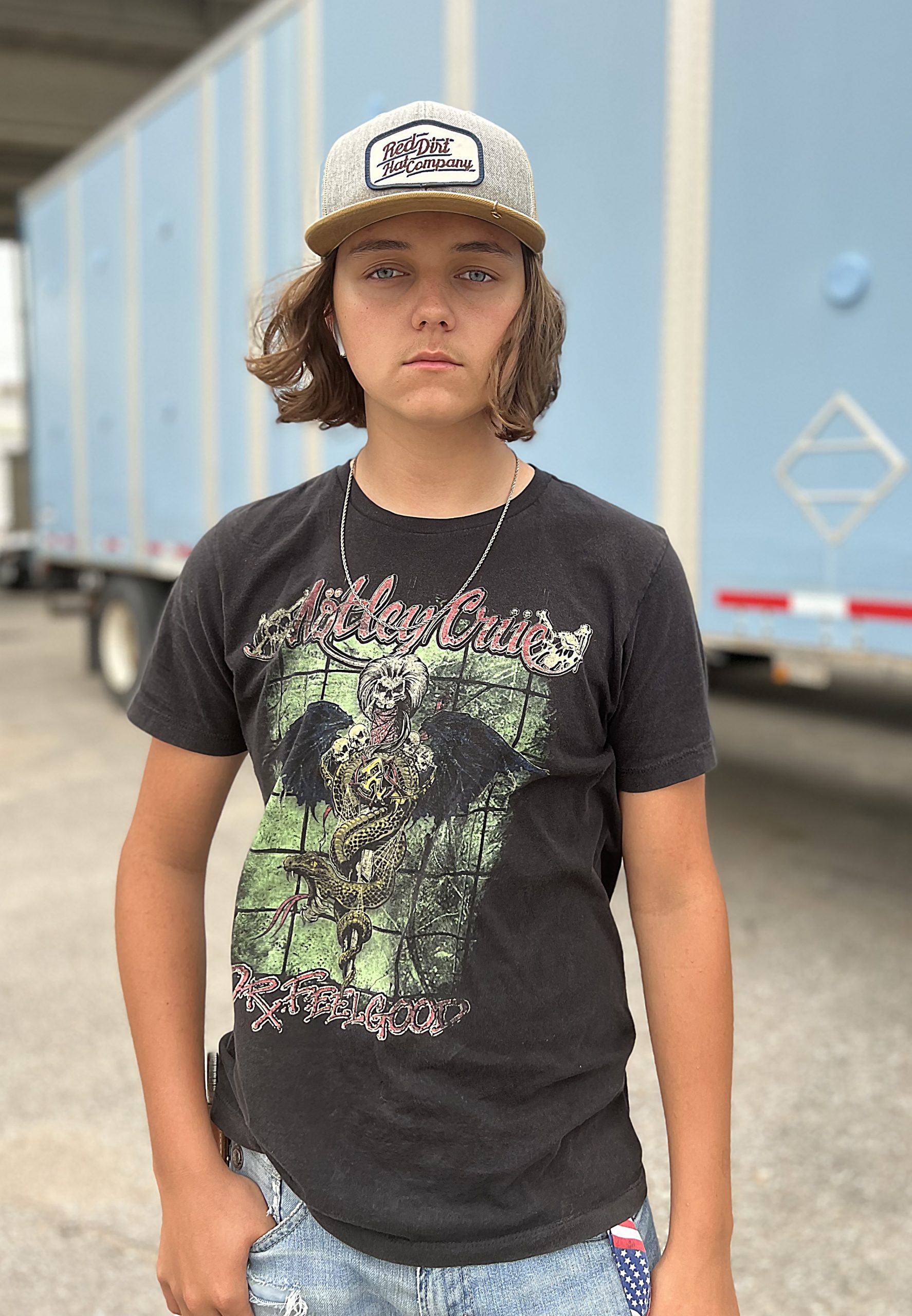